It's not the destination, it is the journey that matters

That is a quote from the book "The Peaceful Warrior" and that is the most apt description of the journey that took three friends headed for Goa to Malwan. Pardon my story-telling style of writing, but there is no easier way to describe this eventful journey, that also gave some life-lessons to the three of us Vasim, KD and Jash (yours truly). People say that Che Guerra owed his greatness to his motorcycle ride, forming the basis of his Motorcycle Diaries. Ours almost came close.

When we started the journey over a long weekend, the aims were fairly simple: Reach Goa, but enjoy the entire route. Take the most enjoyable route and not the shortest. So, instead of heading for the NH4, we started through the NH17. NH17, while being longer is more scenic, curvy and calmer. The aim also was to make the most of the way and not just keep going till we get to the destination. At the very outset, we had decided that we need to ensure we stop and take in all the splendours of any place that we find worthy of stopping (that should explain why we did not reach Goa). 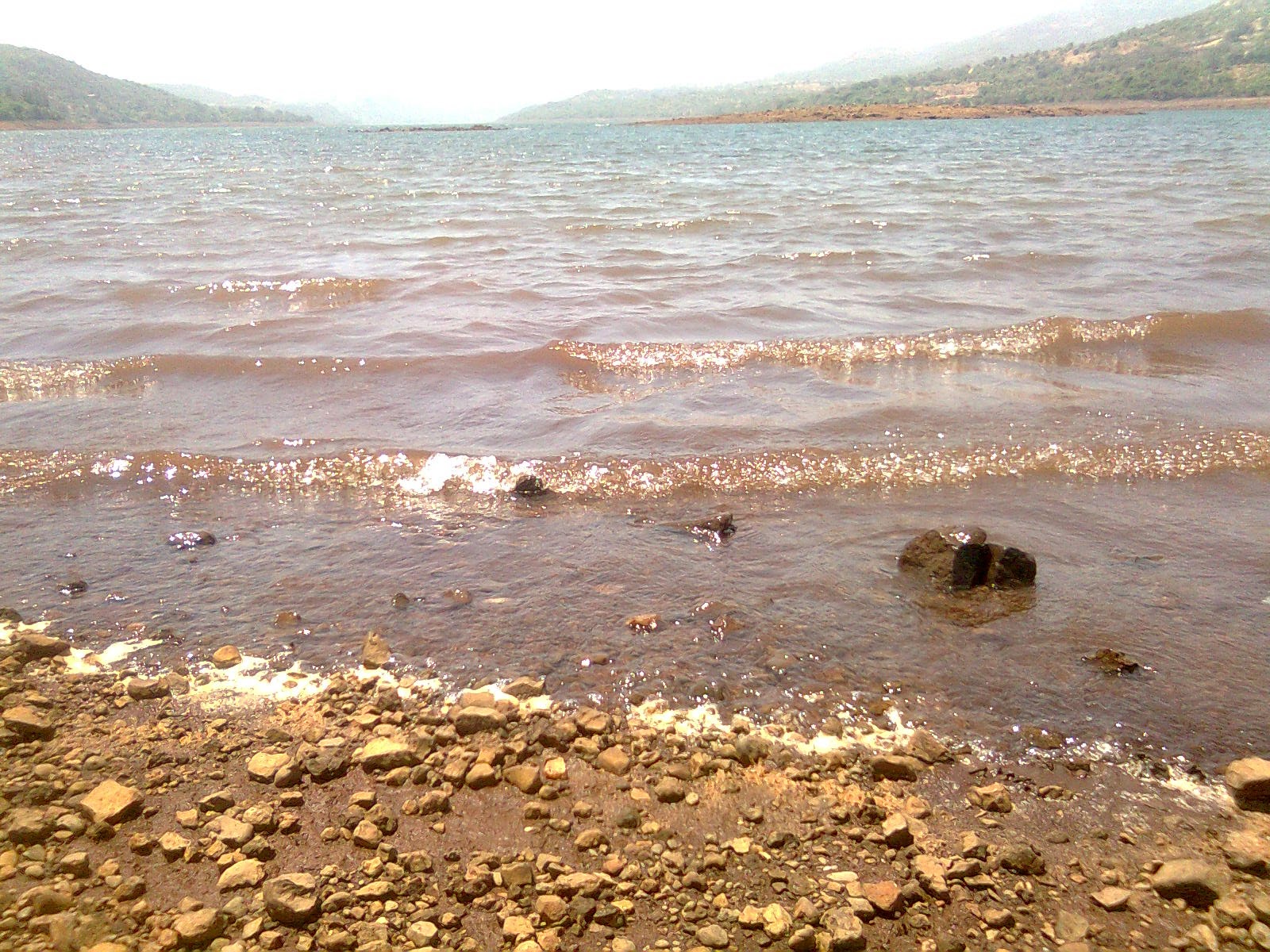 The journey began one morning, at about 10 AM (quite late if you ask me). After filling our tanks to the full, we set out on two bikes. We met at Chandni Chowk (the one at Pune) and got on with the journey. The first stop we had was to enjoy the view of the Mulshi Lake. With the water with a bluish green hue, reflecting the sun's rays and the sands at the banks forming an amazing spectacle, the view was one that you should not miss. The only trouble was, we could not capture the essence in a photograph. The rules say that we are not to get near the waters, but we managed to find a spot where you could get quite close to the sands. The lake is not even one hour's journey from Pune and so we decided to move on without spending a lot of time.

The next stop was lunch. Without fail, the most important part of any travelogue are the food joints worth enjoying (at least since The Highway On My Plate show). Raigadh Inn on Tamhini Ghat is a place that should not be missed. While it could be very much attributed to the prolonged hunger, all three of us had our appetites triple while lunching there. A bit of solkadhi to wash it down was like the icing on the cake. After having our fill, we moved on in search of more adventure. We entered the NH17 and rode for about 2 more hours. At this time we saw a few caves on the hills towards the left and some stair built to the top. This meant only one thing, Buddhist Caves. 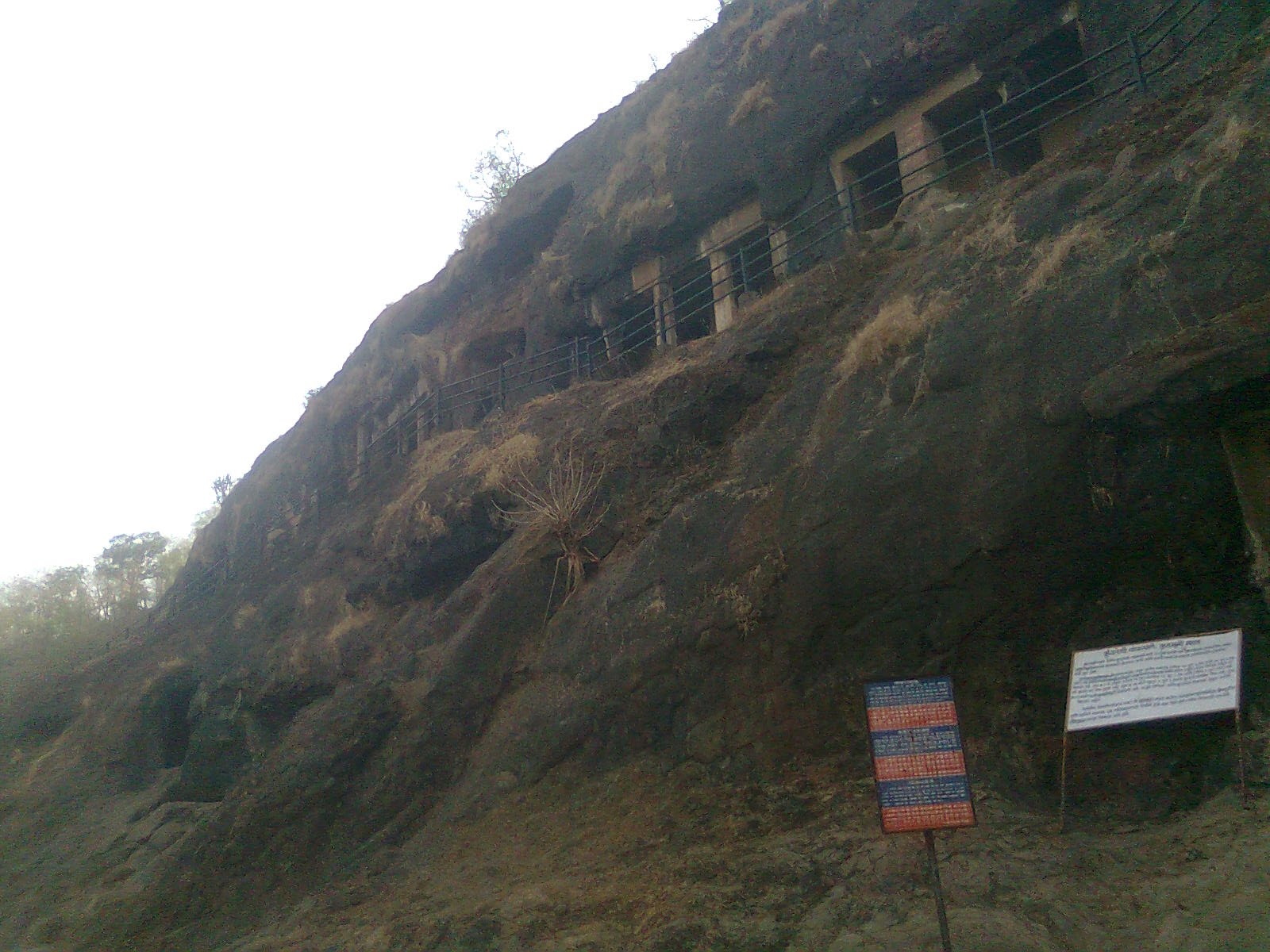 The board suggested it was called the Pala Caves. The caves were not very remarkable, when compared to the many others that the Buddhist Monks had built, but they were a smaller replica of the many others. These also did not have a desk of Archaeological Survey of India to collect tickets from you. Considering that this was not as famous as many of the others, it was also not very crowded. The only trouble was the climb up the stairs, not something advisable to someone as heavy built (euphemism for fat) as I am. However after a successful cave exploration, we moved on. We needed to be somewhere habitable before the darkness fell on us.

Moving further, we spotted a diversion directing us to Ladghar Beach.  Sticking to our original plan, we could have headed to Goa. But instead, as per our aim to enjoy the most, we took the diversion. This was an unknown route altogether. We somehow reached the place just when it was getting dark and luckily were able to get a room in a hotel just on the beach. The real splendour of the resort of course was experienced only in the morning when we woke up. The Pears Beach resort was good in all aspects except the food. However, the fact that beach was effectively the porch for this place made up for whatever ill it had. Being towards the west, the sunrise wasn't much of a view, but the sands and the water were amazing in the early morning. However, after a short dip in the water and walk around the rocks, it was time for us to move on. We had two options before us: a) go back the way we came till we meet NH17 b) take the other route taking us to Dapoli, which will bring us back to NH17. We chose the latter option. 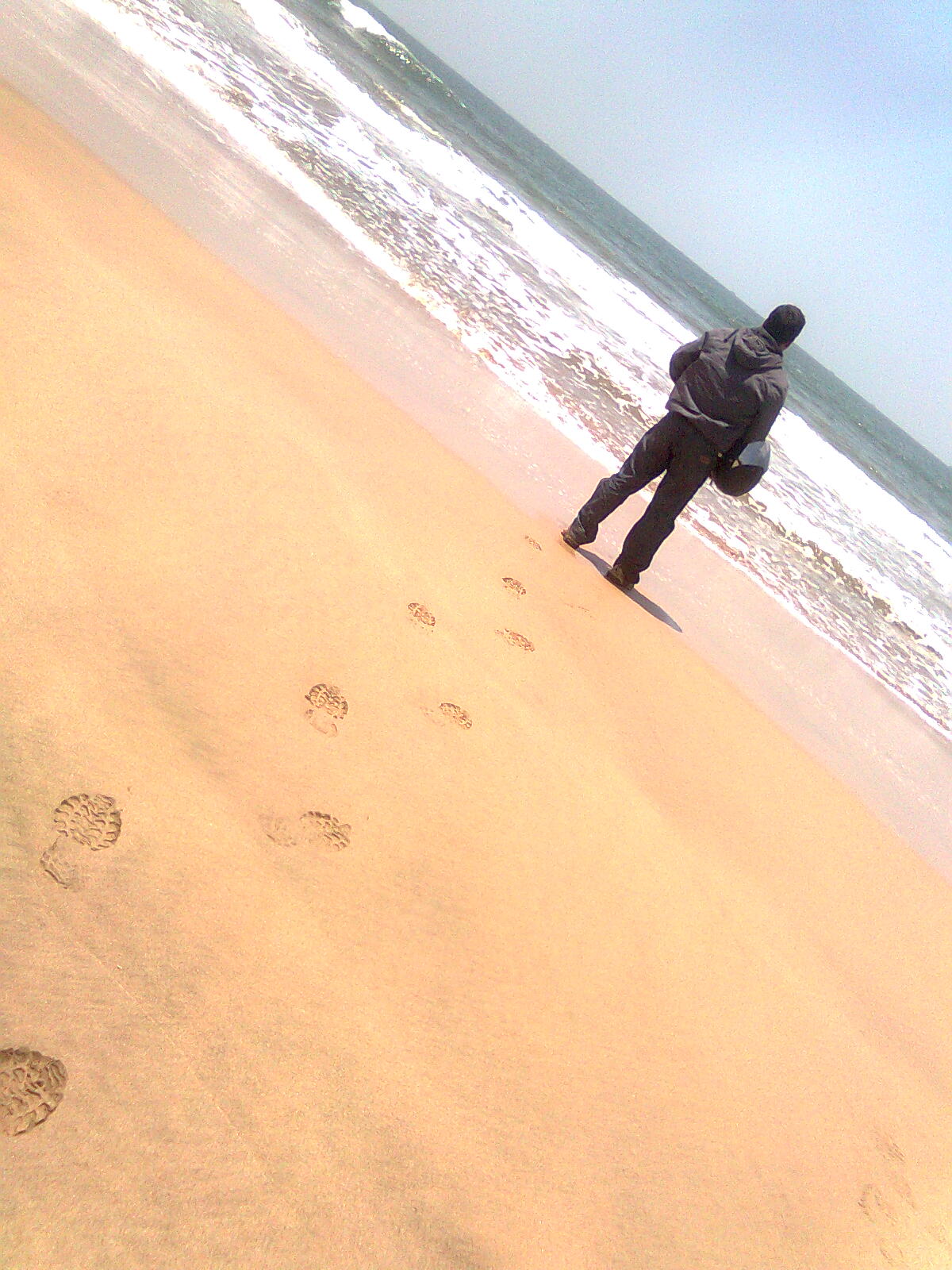 It turns out, the decision was a really good one. The road from Mhad to Khed, Khed to Dapoli were one we sure should not miss. We however gave the Dapoli beach a skip, because we
did not want to spend a lot of time over beaches as that was all that was due in our trip. The next stop was Guhagardh, yet another beach.  For this, you had to head to Dhabol and take a ferry from there. In Dhabol, you still see remnants of the happening port that it used to be once upon a time. The roads are in a good condition, but go through a lone stretch. We were able to spot a few peacocks on this road, you should try your luck here. Catch the ferry and Dhabol and another ride for Guhagadh. The second day is done by the time you reach Guhagadh. Next day after breakfast, we spent some time on the beach while also trying to plan out the trip further. It was already the third day and heading to Goa made no sense, as it would be night by the time we reach there and it would be nearly impossible to make it back home in time. So we decided to head to Malvan instead. Malvan was about 60 KM less travel than Goa. Also the beaches there were much less crowded.


So we headed further, heading through Tali, Tali to Bhatganv. Guhagadh to Tali and Tali to Bhatganv can get scary at times with no humans to be seen for several Kilometres. You tend to doubt if you are on the right track, but no one to verify it with. No network on your mobile. No restaurants or tea joints on the way. You wonder why they have a road in this area at all. However, the thrill is something to experience. Considering 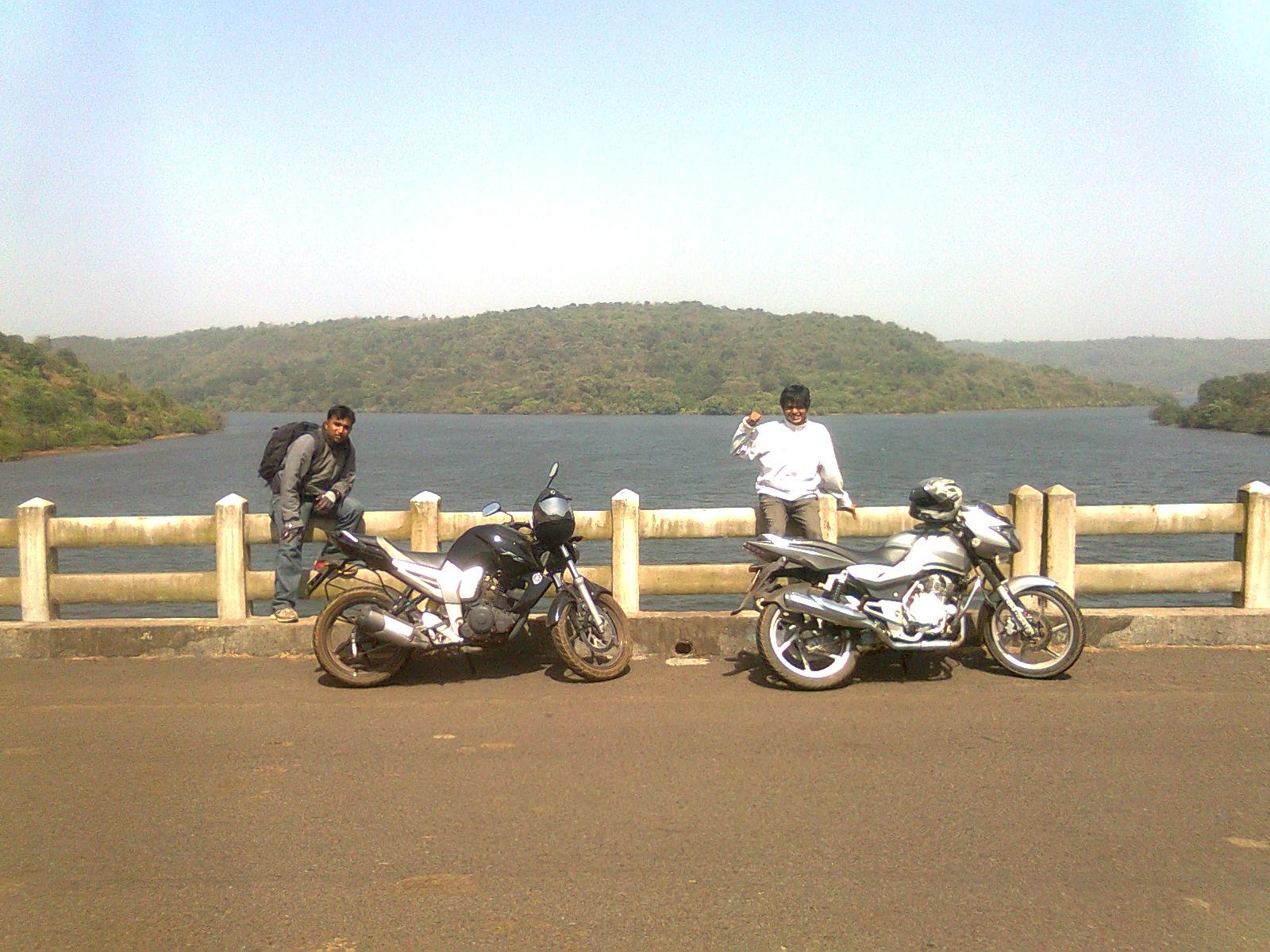 the fact that there is not a soul also means you have the entire road to yourself. We did run into a small zone with some road construction happening and were able to verify the route with them. The surprise was on the way from Tali to Bhatganv. In a stretch like that, we found a bridge (the Rai-Bhatganv Bridge), which seemed completely out of place. The traffic is too scarce to justify the bridge. Also the condition is so good that you are surprised it is so sparingly used. The image should give you an idea. It must be mentioned that the roads on both sides of the bridge are virtually inexistent.


We reached Malvan and found a place at Chivla Beach. We had the first half of the next day to spend there and then it was time to make the return journey. We were told that we could go on a boat expedition and we had a chance to spot dolphins, but that the chances were low in this time. The ideal time was from November to February. We are also told that we will get to go under water and see the fish and coral formation there. We assumed they were talking of scuba diving. So the next day, early morning at 6, we set out to see the dolphins, which was a disappointing trip. However, the boat ride was fun. 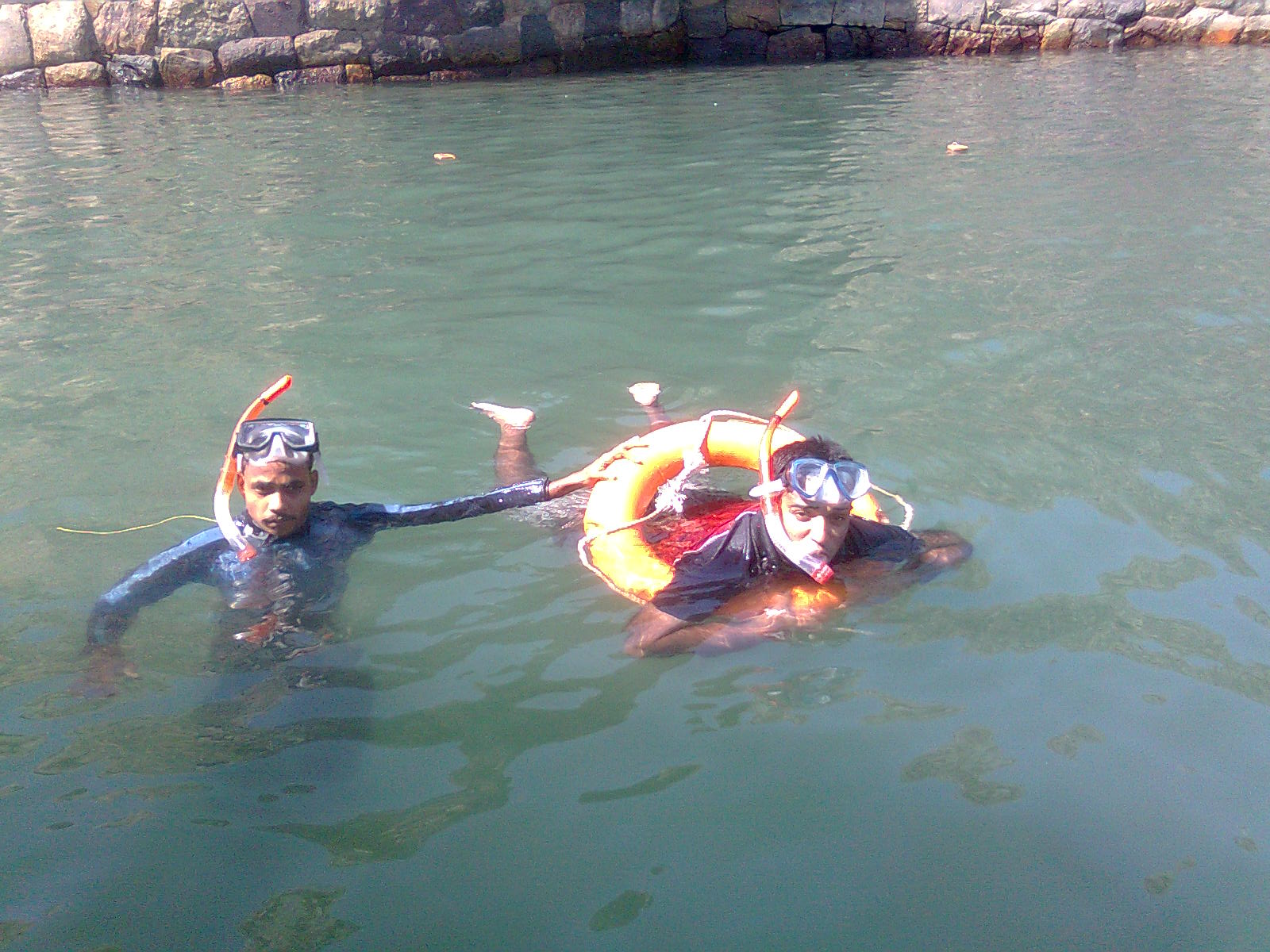 Malvan has white sandy beaches, which was a spectacle in itself. Then we went on to go 'Scuba Diving' where we came to the realization that 'panee ke andar' (literally meaning inside/under water) meant only snorkelling and not scuba diving. However it was equally fun. They pointed out various fish that lived in those shallow waters and the various coral formations. After the snorkelling, we went for boat ride to this small island, not far off in the sea.  The island has a fort and a garden inside the fort. We even found hidden beach while walking around inside the fort. It is nothing grand and hence is easy to miss. If a group of 10 people enter, it will be crowded, so nothing much to talk about. However, while we were there, no one ever visited that side, and that means it is hidden enough. After having spent the considerable time on this beach, we had to get back to where the boat was to pick us up. We get late and might get stranded there for the rest of the day, and that was not an option, since we had to be home the very night. After an uneventful afternoon, and special Malvani lunch, it was time to start on the return journey.


The return journey was uneventful and targeted. The only event was that I had a training to attend at 9:30 AM the next morning and at 9:30 PM, we were still far off from Pune. We took the route through Bhor Ghat. On a dark night, this is nothing less than adventurous, but we could guess that this could be the next ride during the day. The only traffic around were trucks. It is quite high for being in a plateau. The roads were not that good either, making the travel longer and rougher. Needless to say, we reached home much after midnight, tired, exhausted, but with nothing close to regret. That was a trip well lived.

Posted by Unknown at 7:03 AM No comments: